Commencement of Rugby season on Saturday 21st May with a tournament at Hillcrest School.
Q: How was the tournament?
A: It was exciting as many players got to play their first game since the covid-19 pandemic. We did very well in the pool stages beating majority of the teams apart from RVA team A who beat us in both the finals and the pool stages.

Q: How was the tournament towards the end?
A: We entered the final against the RVA team A. There was a bit of intimidation seeing as we had already lost to RVA in the pool stages and conceded a few tries before we scored.

First league game – Damu Pevu (Derby at Saint Mary’s)
Q: How was the first league game?
A: It was beyond our expectations as we emerged victorious against our bitter rivals. Indeed we couldn’t have asked for better.

Second and Third league games
Q: How were the other games?
A: Initially we were supposed to play Aquinas High School however they forfeited and we received a walk over. Thereafter, we played Light Academy. It was a good game and once again we managed to win despite the unfavorable conditions presented to us.

The main event: BLACKROCK
Q: What were the team’s expectations in the tournament?
A: It was a very enticing experience as we faced some rivals from the 2020 rugby season.
Q: How were the games?
A: The first game was against RVA’s Team B. We went into the game with a lot of motivation and managed to win the game as we had a score to settle from the previous tournament.
Our last game –the final- was against RVA’s main team. There was a lot of tension and excitement as there was a lot at stake. This would determine whether we took the trophy home or not. Nevertheless we played as best as we could. However, just as we had made a comeback towards the end of the first half I unfortunately received a vicious tackle and as a result, I slightly dislocated my shoulder and had to sit out the rest of the game. Sadly, in the end we lost by a very close margin. It was a very tough and painful loss to take.
Q: Do you think you would’ve helped the team to victory if you played the rest of the game?
A: Yes, I think I would have helped the team to victory. Nevertheless, they played very well and as their captain I am very proud of them even though they lost. It would be my honor to stand by them in future through wins or losses. They indeed are the real MVPs.

Despite his injury, Matthew Mandi managed to become the Most Valuable Player (MVP) of the Blackrock tournament. Becoming the first Strathmore School student to do so since Joseph Kimeu in 2008.

The school won the Damu Pevu league this year on 26th June by winning the finals against Kiambu High School (21 – 5). The team has earned a promotion to the prestigious league of Prescott Cup next year. 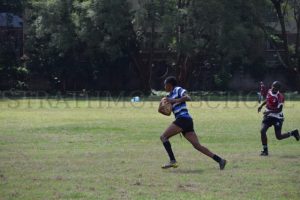 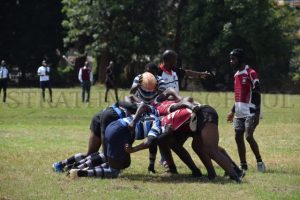 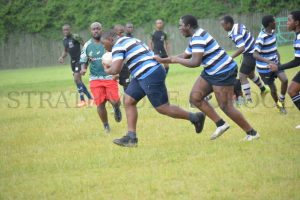 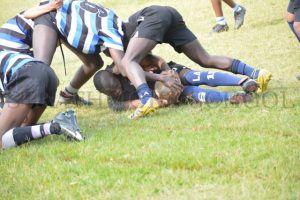 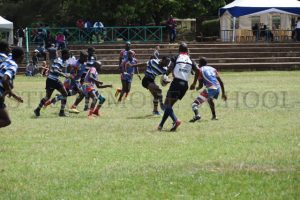 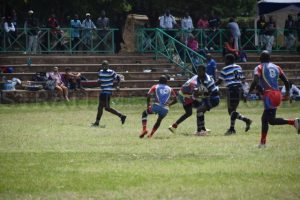 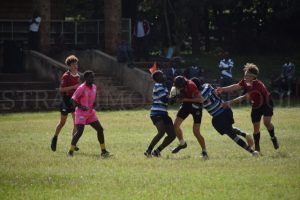 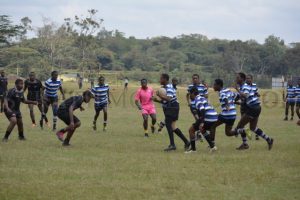 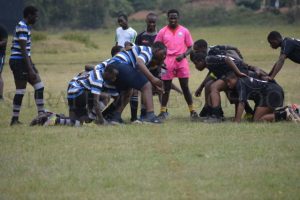 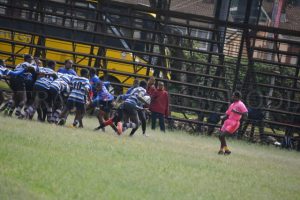 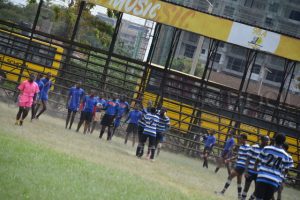 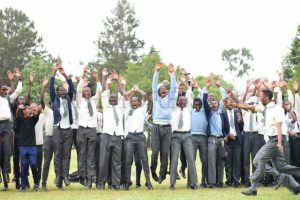 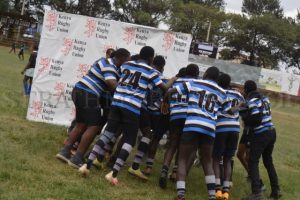 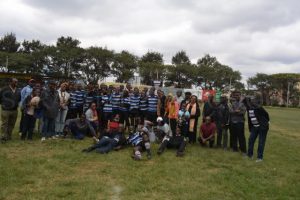 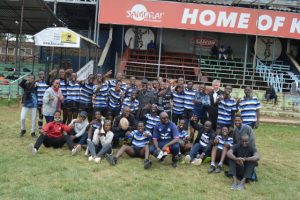 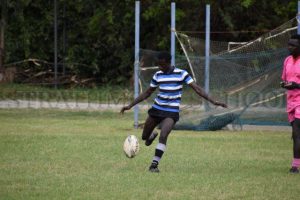 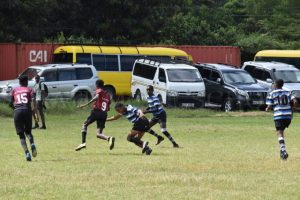 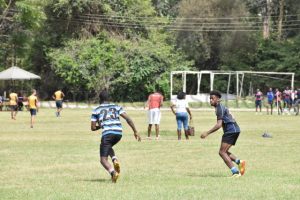 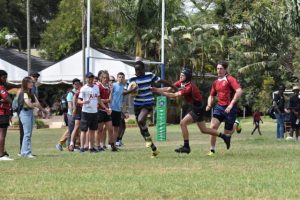 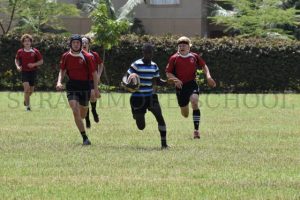 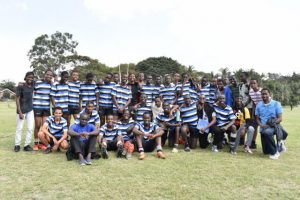 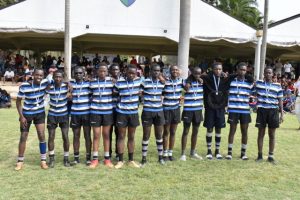