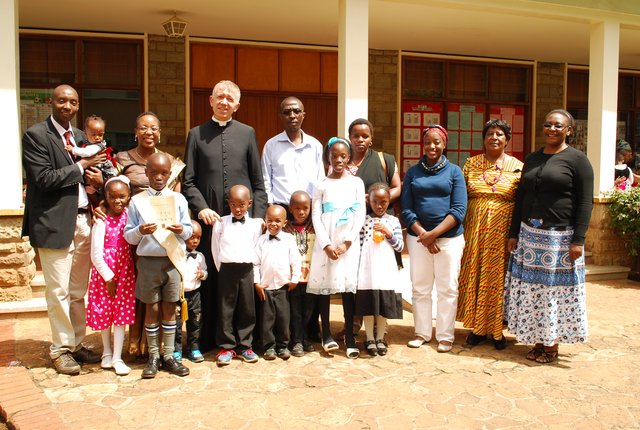 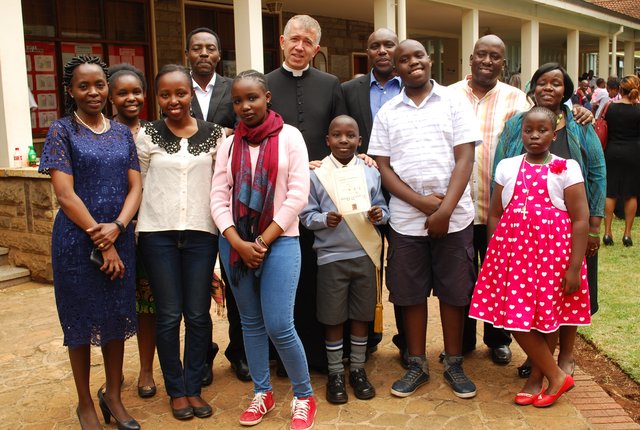 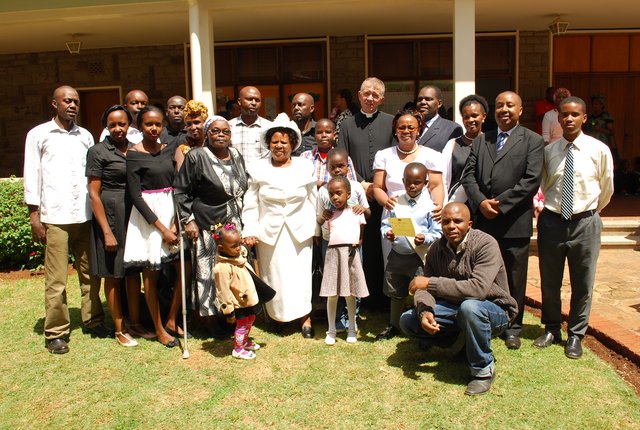 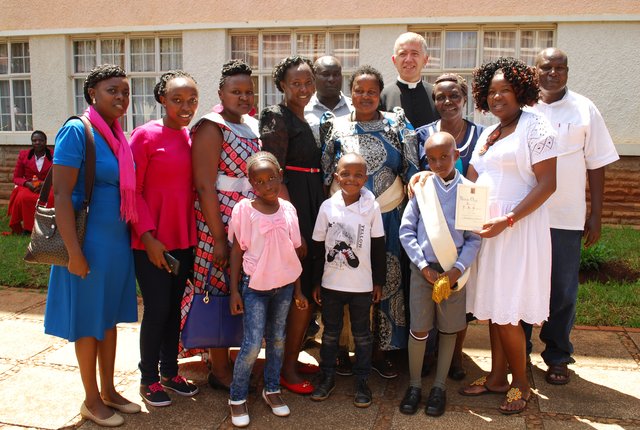 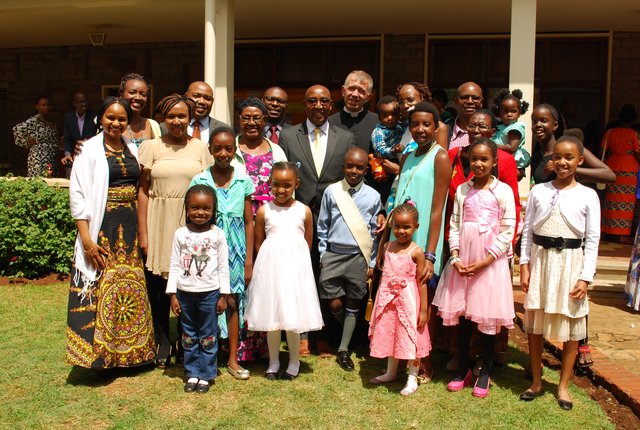 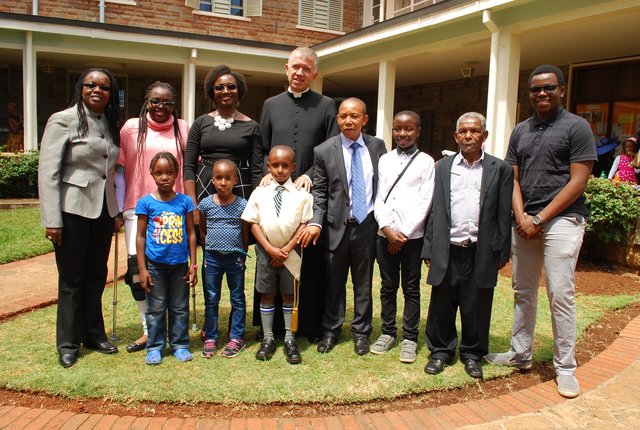 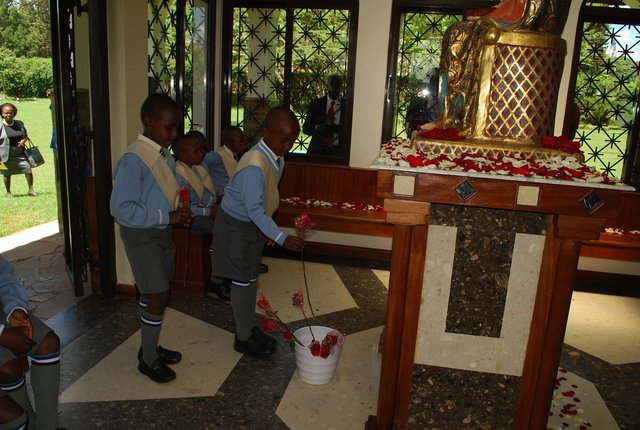 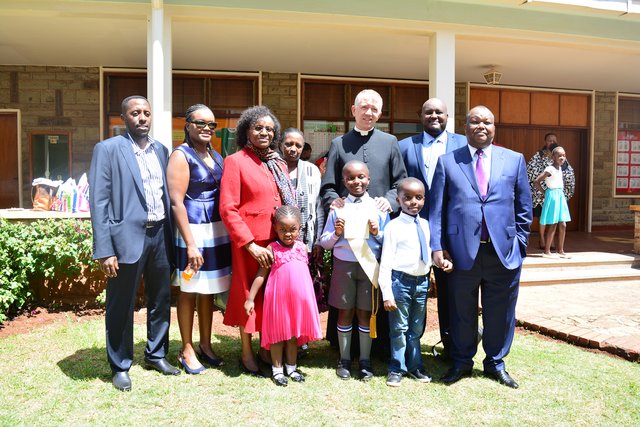 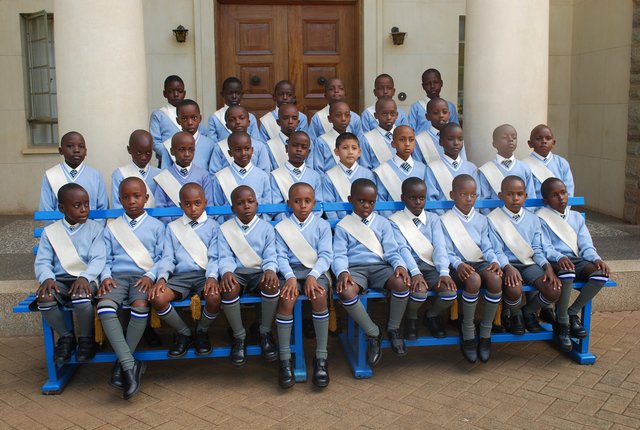 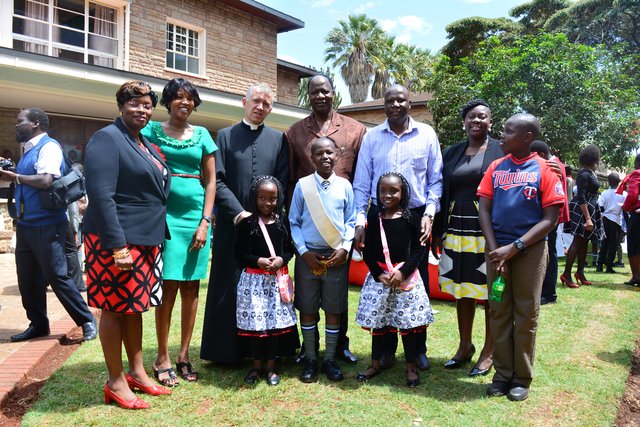 After about two years of preparation, 32 pupils of standard 3 finally received Holy Communion for the first time on Saturday, 20th May 2017. They had been looking forward to that moment with more and more eagerness as the final preparations were being made. The boys were also glad to receive their first confession that week and many of them were happy to go several more times to prepare themselves. Before the actual day, many of us also witnessed the boys rehearse for the ceremony, moving around the compound in two orderly lines guided by their class teacher Mr. Muiruri. Their effort paid off as their orderly movement helped to make the day a success.

In his homily, the chaplain, Fr. Francis reminded those present that this year is the 100th anniversary of the appearance of the Virgin Mary to three shepherd children in Fatima Portugal. He told them that before the 13th of May 1917, the three children received their first communion from the hands of an angel as a preparation for their first meeting with the Mother of Jesus and as a way of preparing them to receive the important message she had for the whole world. Fr. Francis further encouraged the boys to love Jesus in the Eucharist. As a show of their gratitude to Jesus, communicants sang a wonderful song.
The number of boys receiving first Holy Communion this year was the highest in the recent past and for that reason we had a large gathering of relatives and friends coming to witness the great moment. There were several grandparents present and they were clearly joyful at seeing the young ones make a major step in their Christian life. The boys as good hosts shared their joy with them by inviting their guests to a tasty bite of cake and other refreshments. Parents, sisters and brothers also assisted in making the other guests feel at home and making the day a great success.